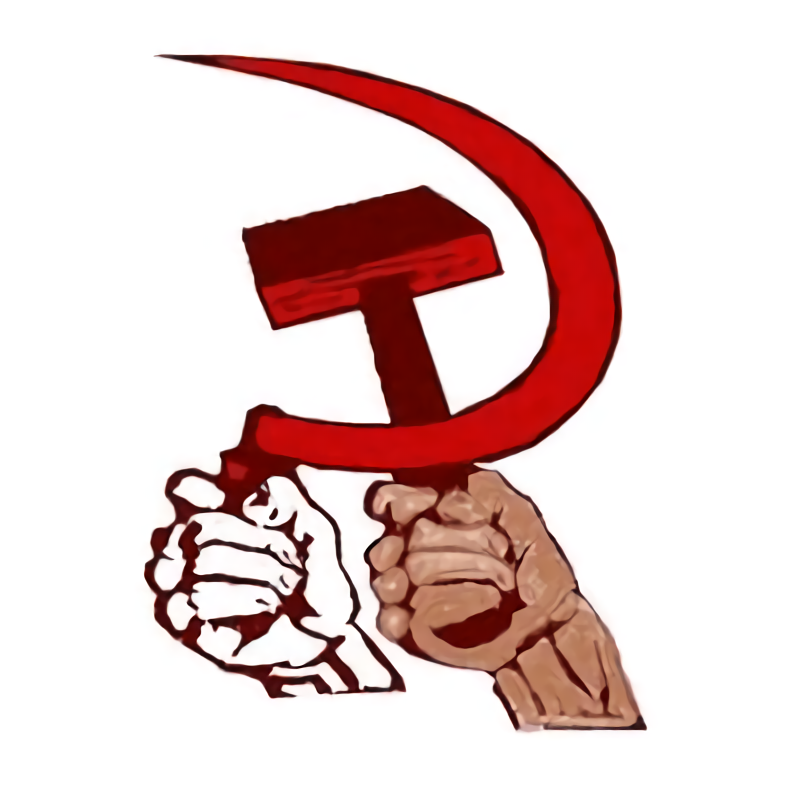 THE PARTY OF COMMUNISTS USA STATEMENT

ON RUSSIAN MILITARY OPERATIONS IN UKRAINE

The time for diplomacy has had to end in order to stop NATO expansion and the ongoing violence and genocidal campaign against the independent Lugansk People’s Republic (LPR) and the Donetsk People’s Republic (DPR). For over 30 years, Russia has pleaded for NATO to stop its expansion and to take Russia’s security concerns seriously. The US-EU-NATO axis not only rejected Russian security concerns but stood silent as the people of Donbass were bombarded by the Ukrainian military using US-NATO supplied weaponry ultimately paving the way for the conflict unfolding today.

The Party of Communists USA has been watching the developments in Russia, the LPR, the DPR, and Ukraine for many years. We stand in full solidarity with the people of the Lugansk and Donetsk People’s Republics as they struggle against the US-EU-NATO backed fascist Bandera regime in Kiev.

Given the heightened tensions in the imperialist system, both Russia and China are actively seeking to destroy US imperialist domination internationally following the counter-revolution in the Soviet Union in 1991. US hubris and triumphalism espoused an “end to history” doctrine and the hegemony of the Western liberal order led by Washington as the unipolar international power. They quickly went to work violently remaking the world in their capitalist image.

The United States and Western leaders made promises of “not one inch eastward” both to Soviet General Secretary Gorbachev and Russian President Yeltsin. They have broken their promises by expanding NATO multiple times in the past thirty years, from 12 countries originally to 30 countries in 2022 and by moving 600 miles closer to the Russian border.

The United States and NATO violently dismembered and balkanized socialist Yugoslavia in the 1990s, eventually creating Kosovo as a protectorate and military base out of Serbian territory. Unfortunately, many seem to have conveniently forgotten the bombings of Belgrade, the massacres, the use of depleted radioactive materials in munitions, and the ethno-religious tensions stoked by the US-EU-NATO imperialists.

Putin even admitted in his recent address on the recognition of the LPR and DPR that in 2000 he had approached Bill Clinton on the proposition that Russia could join NATO where he was rejected. US imperialism cannot allow a rival to share in the wholesale plunder of the world.

The United States and NATO went on to destroy Afghanistan, Iraq, Libya, Syria, and Yemen. In 2014, the US-NATO orchestrated a fascist coup in Ukraine against the democratically elected government. The US-NATO imperialists continue to wreak their violence beyond Europe in Asia, Africa, and Latin America.

The fascist coup in Ukraine in 2014 brought to power a fascist junta which rehabilitated the memory and legacy of Stepan Bandera, the fascist leader of the Organization of Ukrainian Nationalists (OUN) who in World War II was responsible for the murder of 200,000 Ukrainian Jews from 1941 to 1945.

In July 1941, shortly after the Nazi invasion of the USSR, the OUN issued a pamphlet in Lvov, Western Ukraine proclaiming to the Jews: “We will throw your heads at Hitler’s feet!” The post-2014 regime awarded Bandera the highest title of “Hero of Ukraine” and passed a law making it illegal to deny his “heroism”.

It brought neo-Nazis into the military and political life, including the Azov Battalion and Right Sector. These fascists committed unspeakable crimes, including the burning of the Trade Union House building in Odessa in 2014 which killed 48 people. Additionally, the people of the LPR and DPR have suffered under 8 years of brutal military assaults and bombardment by these Neo-Nazi military units who have targeted civilian infrastructure.

In the eyes of the Russian people, they recall the brutal invasions of Napoleon in the 19th Century and Nazi Germany in the 20th Century. In both cases, Russia and its successor, the Soviet Union, which included Ukraine, defeated these enemy armies, driving them back across Europe. Tens of millions lost their lives in those heroic wars. Russia and the Soviet Union have twice saved Europe from tyranny. Once more, the fascist enemy moves to encircle Russia, in this case NATO and the post-2014 fascist junta in Ukraine. This simply could not be tolerated by the Russian Federation.

The hypocrisy of the United States is apparent in its own confrontation with Cuba and the Soviet Union during the Cuban Missile Crisis. When Cuba as a sovereign nation asked the Soviet Union for military assistance and the placement of nuclear weapons to protect the nascent revolution from US imperialism and the CIA attempts to overthrow Fidel Castro, the United States, concerned for its security and invoking the Monroe Doctrine, confronted the Cubans and Soviets, almost bringing the world to the brink of nuclear annihilation. Thankfully, diplomacy prevailed, and all-out war was averted. The fact that Russia’s security concerns related to Ukraine, NATO expansion, and nuclear weapons have been brushed aside show the deep hypocrisy and cynicism of the US and its NATO allies.

We are ultimately against war. Wars between capitalist states ultimately harm the working class, only benefitting their respective ruling classes. Yet, when imperialism and fascism threaten the working class, it is sometimes necessary, as in 1941, to confront them with force. An anti-fascist war is a just war. Internationally, the time has come to mount an offensive against fascism and its rehabilitation in Europe, the United States, and beyond.

Some have claimed that the underlying impetus of the conflict in Ukraine has developed out of the long and intense confrontation between the imperialist interests of the US and the ambitions of Russia, both seeking to secure a greater share of the global market. Others have claimed that the current conflict between Ukraine and Russia serves US interests to increase its competitiveness to the EU market who relies on Russia for a sizable part of its imports, especially gas. In fact, once Russia launched its military operation in Ukraine, Germany suspended the Nord Stream 2 pipeline project.

The Party of Communists USA stands in solidarity with anti-fascist working class and communists in Russia, the LPR, the DPR, and Ukraine who long for the toppling of the statues of Stepan Bandera and their fascist ilk. Remember the millions of Soviets, including Russians and Ukrainians together, who fought and died to rid the world of fascism.

We recognize that it is the United States and NATO that are the primary cause of the conflict. While millions in the United States are suffering under insufficient medical care, education, childcare, and with rising costs for the working class in basic goods and services, we know that it is the US ruling class, the capitalists of both the Democratic and Republican parties which are the enemies of the America working class.

We call on the future government of Ukraine to legalize the Communist Party of Ukraine, which was outlawed by the fascist junta, and to allow the Trade Union movement to resume its work. We extend our warm fraternal greetings and deepest solidarity to the Communist and Workers’ Parties of the former USSR during this time of war.

NO TO WAR WITH RUSSIA!

International Department of the CC of the PCUSA