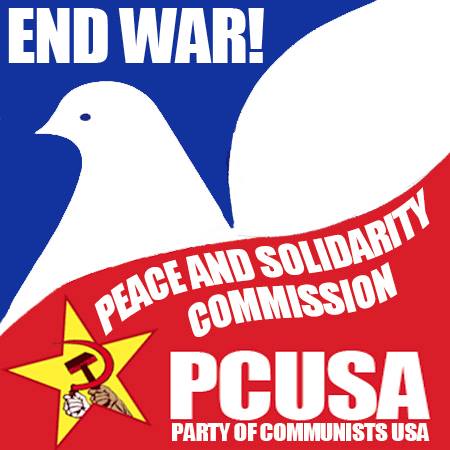 US imperialist aggression and military preparations throughout the world are solely menacing an imminent outbreak of WWIII. All its desperate confrontational maneuvers in every embroiled theatre, whether through a growing number of European states to threaten the Russian Federation, or in Syria, Iraq or Yemen, on the Korean Peninsula or in the South China Sea threatening China, are toward that unified (rationally unthinkable) strategic objective. US provocative actions globally are one in purpose; they are not at all comprehensible as interventions in separate conflicts. US disturbance in other countries is posed in conjunction with its major front, NATO, through US inspired neo-Nazi movements in several European countries (notably the Ukraine, Poland, Lithuania, and Romania); with its highly reactionary regional vassal states in the Middle East (Saudi Arabia, Turkey, the Persian Gulf principalities), with its subordinates in Asia (Japan, South Korea, and Australia); by its promotion of civil unrest in Latin America (prominently in Venezuela at the moment); and by its rapidly increasing militarization of the Artic in conjunction with its servant Canada.

US military and political involvement raising protracted regional tensions has instigated violent crises in several countries in both hemispheres, whether by wars of indirect or direct aggression or subterfuge. Intervention is simply an empty pretext: it is not predicated on independent or pre-existing civil conflicts in other countries or propagandistically imagined threats to the peace of the world by other states. Neo-Nazi movements in Europe would not exist without US organization and funding for previously suppressed and dispersed criminal elements in those societies. There is no civil war in Syria, inherently a stable, secular society and republic, not divided ethnically or religiously. The war there is one of indirect aggression on the part of the US since 2011 through brutally barbaric foreign mercenary terrorists, not Syrian rebels, from over 80 countries, ostensibly seeking to impose a theocratic autocracy but serving as a purely invented rationale for intended US-Saudi-Turkish partition of Syria. Indirect aggression and the pursuit of pretext for intervention leads of false flag operations, such as the sarin gas attack in Syria in 2013 and the currently alleged sarin gas attack in that country, when the known supplies for sarin gas to US-backed terrorist elements in Syria is coming from NATO through Turkey. The struggle in Yemen is not one of an Iran allied Houthi minority posing a threat against a US ally, the Absolute Monarchy of Saudi Arabia, but the opposite: a national resistance struggle of all popular democratic forces in Yemen against US-Saudi imperialist aggression. Oppositional elements in Venezuela are being directly organized and funded by the US, which would otherwise have no power to disturb the political order of that popular Bolivarian state. The Democratic People’s Republic of Korea, seeking only to defend itself from constant US threats for its destruction throughout its existence after an artificially US imposed partition empowering Japanese collaborationists among Korean capitalists and landlords against the unified Korean anti-imperialist resistance, is being demonized absurdly as if a representing a threat of global aggression. All conflicts threatening the peace of the world today have been instigated or contrived by US imperialism, which are being resisted at national levels by popular and progressive forces in the different forms confronted.

The political style of US aggression, whether conducted at the sole initiative of the presidency or with the consent of the Congress (by either declarations of war or authorizations for the use of force), is not the issue; US imperialist designs now threatening WWIII are. The constitutional question is leading to a serious misdirection of the US peace movement. From 1812, the Congress of the United States has overwhelming supported all US wars, whether apparently defensive or aggressive. The US Congress today is fully behind all current US wars of indirect aggression and of military strike build-up throughout the world. Formal declarations of war or stronger resolutions of authorization will only give the appearance of popular support for continued and intensified aggression that does not exist and provide a pretext for treating opposition as treasonous, as is already occurring within the government under the anti-Russia hysteria generated during and since the 2016 US presidential elections.

What needs urgently to be done as a first step to stop US imperialist aggression in the world is the illegalization by the General Assembly of the United Nations of all wars of indirect aggression, as the Soviet representative to the League of Nations, Maxim Litvinov, appealed for prior to WWII but failed to achieve, and of any moves outside the UN framework to disarm other states. The Peace and Solidarity Commission of the Party of Communists, USA, calls on all domestic peace and anti-imperialist organizations to support the illegalization in international law of wars of indirect aggression and to support universal disarmament by negotiations under multilateral treaties (the Nuclear Non-Proliferation Treaty in particular), and the illegalization of any show of force by one state to compel other states to disarm.