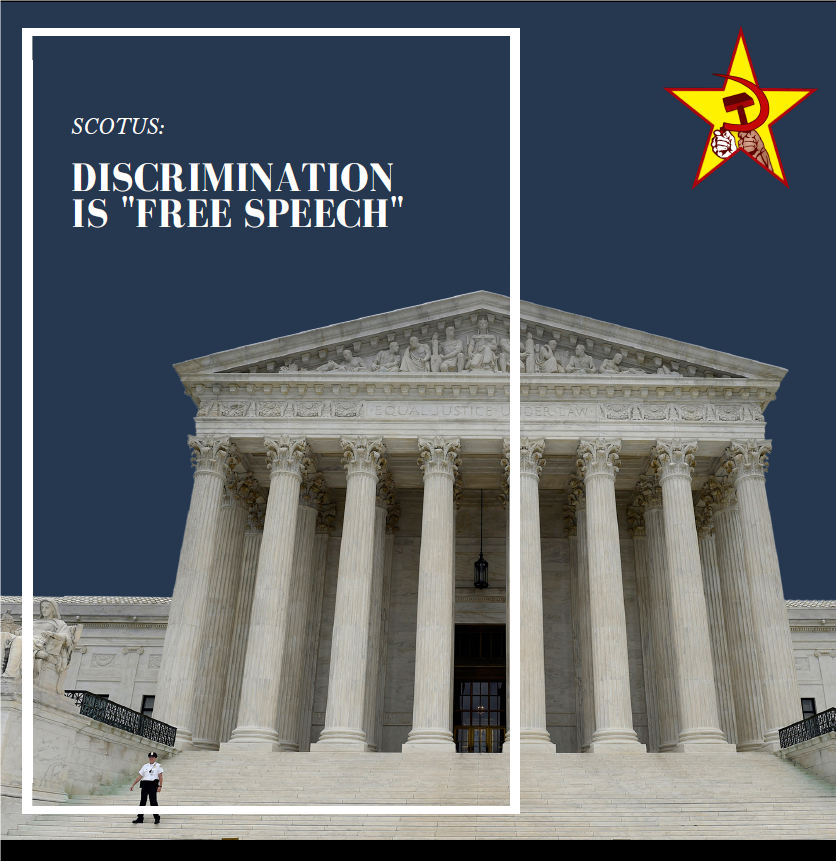 The Supreme Court of The United States of America recently decided to reject the ruling of a Colorado court, which had found that Masterpiece Cakeshop had no right to deny a gay couple wedding cake service on religious grounds.Supreme Court rulings de facto extend to all states in the Union, which means this court now stands behind discrimination, in defense of so-called “religious freedom”. Religion should not be public rule. The Party of Communists USA rejects all political and legal forms of discrimination aimed at the people!