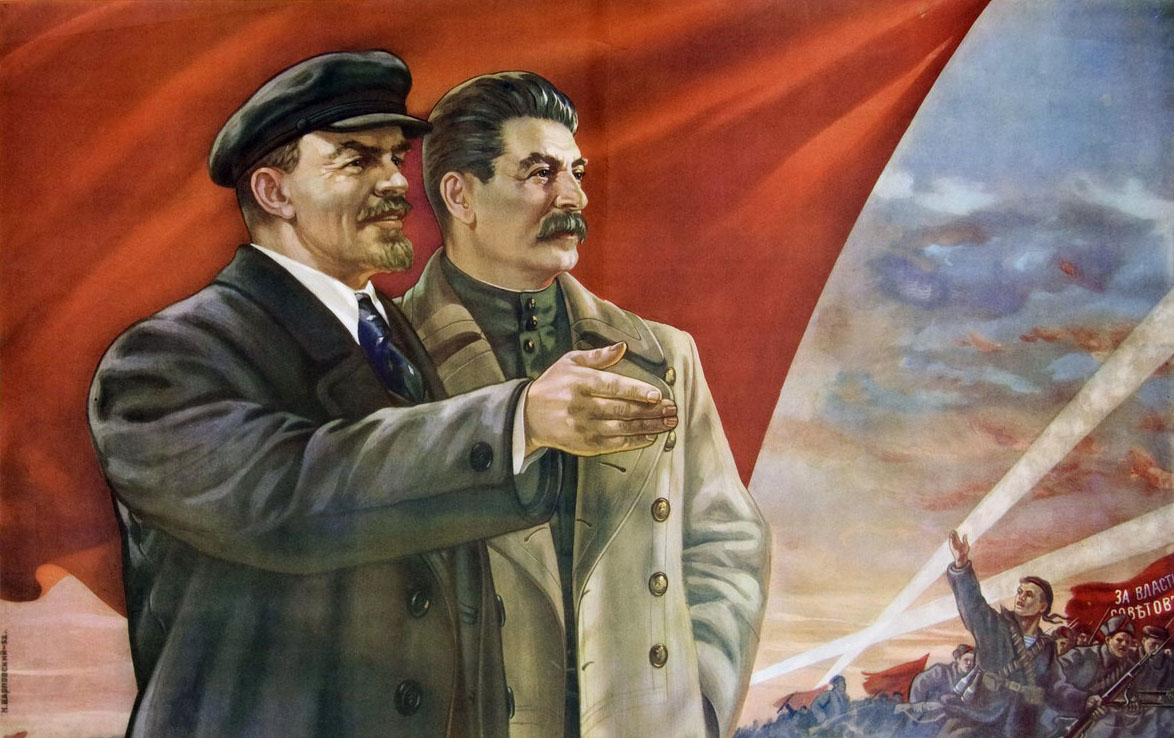 V.I. Lenin, excerpt from ‘The State and Revolution’

This controversy took place in 1873. Marx and Engels contributed articles against the Proudhonists, “autonomists” or “anti­ authoritarians”, to an Italian socialist annual, and it was not until 1913 that these articles appeared in German in Neue Zeit.

“If the political struggle of the working class assumes revolutionary form,” wrote Marx, ridiculing the anarchists for their repudiation of politics, “and if the workers set up their revolutionary dictatorship in place of the dictatorship of the bourgeoisie, they commit the terrible crime of violating principles, for in order to satisfy their wretched, vulgar everyday needs and to crush the resistance of the bourgeoisie, they give the state a revolutionary and transient form, instead of laying down their arms and abolishing the state.” (Neue Zeit Vol. XXXII, 1, 1913­14, p.40)

It was solely against this kind of “abolition” of the state that Marx fought in refuting the anarchists! He did not at all oppose the view that the state would disappear when classes disappeared, or that it would be abolished when classes were abolished. What he did oppose was the proposition that the workers should renounce the use of arms, organized violence, that is, the state, which is to serve to “crush the resistance of the bourgeoisie”.

To prevent the true meaning of his struggle against anarchism from being distorted, Marx expressly emphasized the “revolutionary and transient form” of the state which the proletariat needs. The proletariat needs the state only temporarily. We do not after all differ with the anarchists on the question of the abolition of the state as the aim. We maintain that, to achieve this aim, we must temporarily make use of the instruments, resources, and methods of state power against the exploiters, just as the temporary dictatorship of the oppressed class is necessary for the abolition of classes. Marx chooses the sharpest and clearest way of stating his case against the anarchists: After overthrowing the yoke of the capitalists, should the workers “lay down their arms”, or use them against the capitalists in order to crush their resistance? But what is the systematic use of arms by ne class against another if not a “transient form” of state?

Let every Social­Democrat ask himself: Is that how he has been posing the question of the state in controversy with the anarchists? Is that how it has been posed by the vast majority of the official socialist parties of the Second International?

Engels expounds the same ideas in much greater detail and still more popularly. First of all he ridicules the muddled ideas of the Proudhonists, who call themselves “anti­authoritarians”, i.e., repudiated all authority, all subordination, all power. Take a factory, a railway, a ship on the high seas, said Engels: is it not clear that not one of these complex technical establishments, based on the use of machinery and the systematic cooperation of many people, could function without a certain amount of subordination and, consequently, without a certain amount of authority or power?

“… When I counter the most rabid anti­authoritarians with these arguments, they only answer they can give me is the following: Oh, that’s true, except that here it is not a question of authority with which we vest our delegates, but of a commission! These people imagine they can change a thing by changing its name….”

Having thus shown that authority and autonomy are relative terms, that the sphere of their application varies with the various phases of social development, that it is absurd to take them as absolutes, and adding that the sphere of application of machinery and large­scale production is steadily expanding, Engels passes from the general discussion of authority to the question of the state.

“Had the autonomists,” he wrote, “contented themselves with saying that the social organization of the future would allow authority only within the bounds which the conditions of production make inevitable, one could have come to terms with them. But they are blind to all facts that make authority necessary and they passionately fight the word.

“Why do the anti­authoritarians not confine themselves to crying out against political authority, the state? All socialists are agreed that the state, and with it political authority, will disappear as a result of the coming social revolution, that is, that public functions will lose their political character and become mere administrative functions of watching over social interests. But the anti­authoritarians demand that the political state be abolished at one stroke, even before the social relations that gave both to it have been destroyed. They demand that the first act of the social revolution shall be the abolition of authority.

“Have these gentlemen ever seen a revolution? A revolution is certainly the most authoritarian thing there is; it is an act whereby one part of the population imposes its will upon the other part by means of rifles, bayonets and cannon, all of which are highly authoritarian means. And the victorious party must maintain its rule by means of the terror which its arms inspire in the reactionaries. Would the Paris Commune have lasted more than a day if it had not used the authority of the armed people against the bourgeoisie? Cannot we, on the contrary, blame it for having made too little use of that authority? Therefore, one of two things: either that anti­authoritarians don’t know what they are talking about, in which case they are creating nothing but confusion. Or they do know, and in that case they are betraying the cause of the proletariat. In either case they serve only reaction.” (p.39)

This argument touches upon questions which should be examined in connection with the relationship between politics and economics during the withering away of the state (the next chapter is devoted to this). These questions are the transformation of public functions from political into simple functions of administration, and the “political state”. This last term, one particularly liable to misunderstanding, indicates the process of the withering away of the state: at a certain stage of this process, the state which is withering away may be called a non­political state.

Against, the most remarkable thing in this argument of Engels’ is the way he states his case against the anarchists. Social­Democrats, claiming to be disciples of Engels, have argued on this subject against the anarchists millions of times since 1873, but they have not argued as Marxists could and should. The anarchist idea of abolition of the state is muddled and non­revolutionary ­­that is how Engels put it. It is precisely the revolution in its rise and development, with its specific tasks in relation to violence, authority, power, the state, that the anarchists refuse to see.

The usual criticism of anarchism by present-day Social­Democrats has boiled down to the purest philistine banality: “We recognize the state, whereas the anarchists do not!” Naturally, such banality cannot but repel workers who are at all capable of thinking and revolutionary minded. What Engels says is different. He stresses that all socialists recognize that the state will disappear as a result of the socialist revolution. He then deals specifically with the question of the revolution ­ the very question which, as a rule, the Social­ Democrats evade out of opportunism, leaving it, so to speak, exclusively for the anarchists “to work out”. And when dealing with this question, Engels takes the bull by the horns; he asks: should not the Commune have made more use of the revolutionary power of the state, that is, of the proletariat armed and organized as the ruling class?

Prevailing official Social­Democracy usually dismissed the question of the concrete tasks of the proletariat in the revolution either with a philistine sneer, or, at best, with the sophistic evasion: “The future will show”. And the anarchists were justified in saying about such Social­Democrats that they were failing in their task of giving the workers a revolutionary education. Engels draws upon the experience of the last proletarian revolution precisely for the purpose of making a most concrete study of what should be done by the proletariat, and in what manner, in relation to both the banks and the state.